Some things never change, no matter how old the children get, try getting a family photo with everyone looking at the camera!  This picture was taken in February 2014, the first time in I honestly don't know how long that all seven of us were in the same place at the same time.  Probably in the neighborhood of 35 years.  It was also the last time.  2014 was such a whirlwind I don't remember exactly why we were there, but I think this was shortly after Shelley, front row left, was diagnosed with Lung Cancer and she came to Seattle for her first consultation and treatment.  She would come to Seattle every three weeks or so for treatments and visits to the doctors and we would get together with her and at least one or two of the others, but never all seven again.  We had fun and enjoyed our time together as much as we could when she came.  We went to the zoo, the Pike Place Market, and other local adventures.  On her last visit to Seattle before heading to Tennessee to be with her boys, she passed away, that was August 18, 2014. 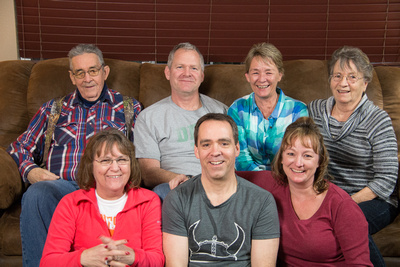 Dad, took her passing very hard and the cancer he had been fighting for nearly 20 years took full advantage.  In November he was put into the hospital with cracks in his vertebrae.  They were planning on doing a procedure to inject cement into his vertebrae to seal the cracks, but the MRI showed that the cracks were caused by the cancer and the procedure was not done.  I showed up on December 8th with the intention of helping him get stronger so he could move to either California or Seattle.  We all knew he could not be alone, and we could not be there for him in Montana.  Once again the Grand Architect had different plans, and 6 days later on December 13, 2014 he joined Shelley.

Take every opportunity to be with the ones you love and cherish those times.  I will forever cherish this picture and the time we got to spend together.

We all miss you and will forever love you. 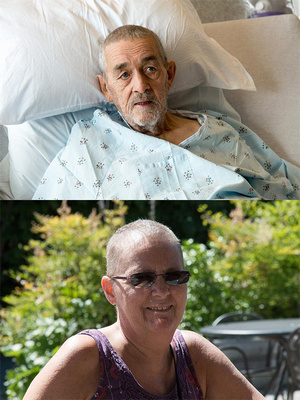